by Zia Ur Rehman

Recent bomb attacks on railway tracks across the Sindh province indicate the rise of a separatist movement that takes inspiration and strength from the freedom movement in Balochistan, political analysts say. 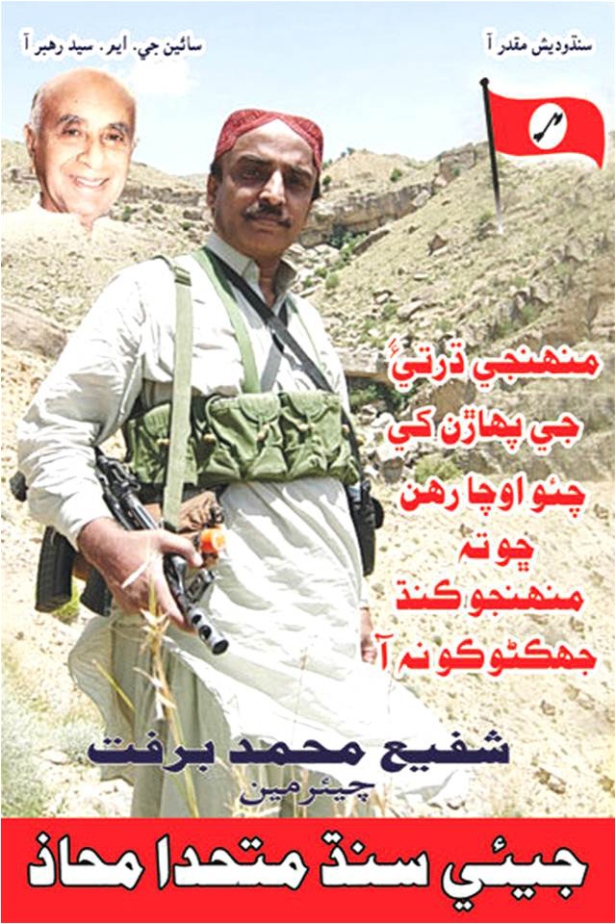 At least 16 bombs targeted railway tracks in various parts of Sindh on February 25, stopping all train traffic. Low-intensity explosives were planted on railway tracks in Karachi, Hyderabad, Benazirabad, Mirpur Mathilo, Pud Eaidan, Khairpur and Ghotki, damaging tracks in the entire province, according to a senior Pakistan Railways official. There were no trains close to the sites of explosion, he said, therefore there was no major damage and no casualties.

“The police found leaflets from the bombing sites in which Sindhu Desh Liberation Army (SDLA), an underground separatist outfit, claimed responsibility for the attacks,” said Muzaffar Sheikh, a Railway Police officer. He said the group had bombed railway tracks in the past.

Denouncing alleged atrocities against the Sindhi people and vowing to continue its struggle until Sindh’s freedom, SDLA’s chief commander Darya Khan Marri asks other Sindhis, in the leaflet, to take up arms and join the movement. The SLDA says Sindhi separatists must get the same worldwide recognition as the separatists in Balochistan, and asks people to stand up against the “opportunist” People’s Party government, the army, and the ISI.

Sindhi separatist groups, which have never been popular in the province, have taken strength from recent move by a group of US Congressmen calling for the right of self-determination for the Baloch people. “Because of bad governance, nepotism, corruption and incompetence of the politicians, there is a lot of frustration and disappointment among Sindhi people, especially the young,” according to Imdad Soomro, a senior journalist who studies Sindh’s ethnic politics. Some of them might be involved in subversive activities, he says, but a majority of them believe in a peaceful political and democratic struggle.

The PPP seems to have taken the threat seriously. “The bomb attacks on railway tracks in Sindh could be due to a sense of deprivation among the Sindhi people, a sentiment that is also prevalent in the province of Balochistan. This sense of deprivation has been created after the assassination of PPP chairperson Benazir Bhutto,” Sindh home minister Manzoor Wasan told reporters. The government, he said, had been trying to tackle the problem by creating jobs.

The demand for the separation of Sindh from Pakistan has been made time and again, but the separatist movement has not posed a serious threat to the state so far. Low-scale insurgent attacks from the SDLA have been reported intermittently in recent years.

The SDLA is believed to be an offshoot of the Jeay Sindh Muttahida Mahaz (JSMM), a Sindhi nationalist political party headed by Shafi Muhammad Burfat. Some of its members also broke away from various factions of the Jeay Sindh Tehrik (JST), founded by prominent Sindhi ethnic leader GM Syed. The Crime Investigation Department (CID) of Sindh police has added Burfat to its Red Book, Sindh IG Ghulam Shabbit Sheikh told reporters on February 27, and was gathering information on him. Yaqoob Jatt, a senior officer in Hyderabad, said police believed the attacks were orchestrated by SDLA leader Lala Aslam Pathan, and carried out by suspects he identified as Shahnawaz Bhutto, Ramzan Jamali, Bashir Malah, and Faqir Najeeb Qureshi.

Burfat belongs to Tehni, a small village of Taluka Sehwan in Jamshoro district. He was a close associate of Dr Qadir Magsi in the late 1980s and early 1990s, and was accused along with Dr Magsi of orchestrating the September 30, 1988 carnage.

“Pakistan’s intelligence agencies are targeting our leaders and activists only because we are demanding our fundamental political rights,” said a JSMM leader in Hyderabad. He said the party’s secretary general Muzaffar Bhutto had been picked up several months ago and its vice chairman Serai Qurban Khuhawar, leader Rooplo Choliani and central committee member Noorullah Tunio were killed in Sanghar on April 21, 2011. He accused intelligence agencies of creating “a Balochistan-like situation” in Sindh.

The SDLA emerged as a serious threat in February last year when it bombed several railway tracks, a CID official said. A suspected terrorist died on March 2 apparently trying to plant a bomb on a railway line near Jumma Goth in Karachi. After an accidental explosion in a house that killed SDLA-linked Zulfiqar Kulachi and injured Ismail Abubakr and Sardaruddin Allahdino when they were trying to make a bomb on March 7 2011, police seized SDLA literature and other evidence. Information gathered from the literature and questioning of the injured men led to a crackdown in which all key members of the group were arrested. Eleven months later, the group has resurged with new attacks, apparently after being inspired by Baloch separatists, according to CID officials. But the SDLA is not as popular as the Baloch separatists, and that is why law-enforcement officials believe they can bust the group before it becomes a major threat.